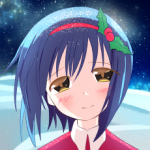 I am no longer (very) active on this wiki. If you need an immediate response from me, you can contact me via steam .

'Ello there matey! Because you're on my profile page, you might as well read an introduction of me, eh? ..No? Go to hell.

Well seriously though, I'm a long-time wikia user - I've contributed to many wikis. Worms is one of my all time favorite game series, so I'm doing my best to improve this wiki. I want people to know how much fun these games really are, and I want people to realize there are intricate mechanisms behind this seemingly simple game.

I've been playing worms since i was a kid. It was around early 2003 that my brother came home with a copy Worms Armageddon. I don't know if it was the brightly colored-disc, or the fact that it had a beautiful armageddon logo printed on it, but it immediately caught my juvenile eye. I knew it was an interesting game - and I was right. A few matches and I was hooked. Since then, i've played every game in the series, except for those which are exclusively on consoles (PCs ftw!).

If you need any help editing/improving, or perhaps the deletion of a page, contact me on my talk page.

Retrieved from "https://worms.fandom.com/wiki/User:Revvie?oldid=20317"
Community content is available under CC-BY-SA unless otherwise noted.