Worms Battle Islands is a turn-based strategy game by Team17. It is the second game in the Worms series to be released on the Nintendo Wii platform, the other being Worms: A Space Oddity. It was also released on PlayStation Portable through the PlayStation Network. Like Worms Reloaded, it is set in a 2D perspective.

It was originally going to be released through the WiiWare platform, but Team17 decided that it should be a boxed Wii game.

The game-play is more-or-less the same as it was in its 2D predecessors. There are some new game features, like new speech-banks, and six brand new in-game environments to battle in: Arctic, Jungle, Nuclear, Chemical, Desert and Underwater.

There are three types of control setups for the Wii, which is "Classic", with the Wii Remote turned sideways, "Motion Sensing", where the player makes gestures to fire weapons and move around the landscape, or the "Motion Sensing" option coupled with a Nunchuk for added control.

40 different in-game weapons and utilities, including the new Flare and EMP Grenade. A new weapon creator called the Weapon Factory, set to create your own useful weaponry from "Technology Crates" in the single-player Campaigns.

The game features 6 modes that can be played offline or online.

The multiplayer game modes can be played offline or online. For the first time in the Worms series, a new player ranking system awards the player with experience points, higher ranked players gain access to more of the games locked items. 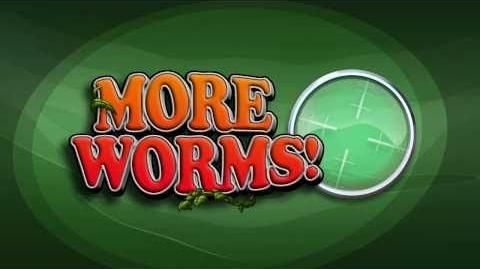 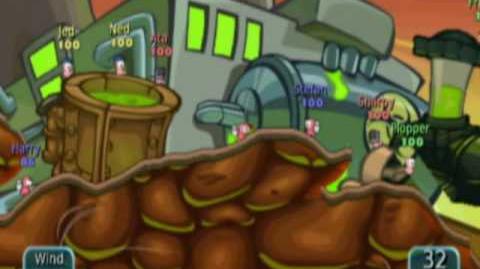