Worms Reloaded is a strategy game developed and published by Team17. It was released on 26 August 2010 on Steam. It is an extended port of the game Worms 2: Armageddon which was first released on the Xbox 360 in 2009. The series returns to its 2D roots and abandons the 3D versions of more recent times which were considered by a number of reviewers to be somewhat awkward and lacking the same quality of gameplay. A Mac OS X version was released on May 17, 2011, and a Linux version on October 15, 2013.

A DRM-free version that doesn't require Steam was released to the Humble Store on October 15, 2013. This version is limited to offline "hotseat" multiplayer. Purchase also includes a Steam key and the Android version of Worms 2: Armageddon.

Gameplay is turn-based and back to 2D for the first time on PC since Worms World Party in 2001. The graphics are different from WWP, and the Worms will notice and react to weapons. For example, if a Grenade is thrown next to a Worm, it will scream before the Grenade explodes. And if a weapon is thrown into the air, the worms will look at it.

In a Quick Game, one player will face one enemy team with both 4 Worms per team. The player will not be able to choose his/her map, this means that a randomly generated map will be chosen. The weapons and utilities are close to the Standard game style.

Another campaign mode, but recommended for advanced players. Includes 31 missions. These missions will not earn the player in-game coins.

In Body Count the player will get one Worm while the enemy gets four Worms. The player will have to get a high score by making kills. The player gets more points for double, triple, and multi-kills. If an enemy Worm dies, a new enemy Worm will spawn at the end of the turn. WARNING: The enemies can get more health.

The highest scores of all players can be found in the leaderboards.

A local match is the same as a Custom Game.

Bold terrain are only available in DLC packs.

In the in-game shop the player can buy stuff like hats, forts, gravestones and extra campaign levels. Coins can be earned by completing the tutorials and the normal campaign.

With the landscape editor, the player can create his/her very own maps. These maps can be shared with other players in ranked or private matches.

Just like in earlier Worms games, it is possible to customize and create teams. A team consists of four worms in Worms Reloaded.

The player may customize speech, control (controlled by human or AI), personality (seven different personalities available for CPU controlled team, like hard and very hard) and a fort can be chosen.

You can customize the team's name and worms' names here.

Various game styles can be created and edited.

Worms Reloaded includes 61 Steam achievements. These achievements do not unlock anything within the game.

Worms Reloaded has received many patches since it was released, and Team17 has stated that they are going to support Worms Reloaded constantly by listening to fans. As of December 19, 2011 a new patch was made that includes 2 weapons from Worms Armageddon, and a new landscape that is similar to Worms Crazy Golf (Britannia).

Team17 set up a competition on October 5th. As the name states, fans can support content that will be released for free. 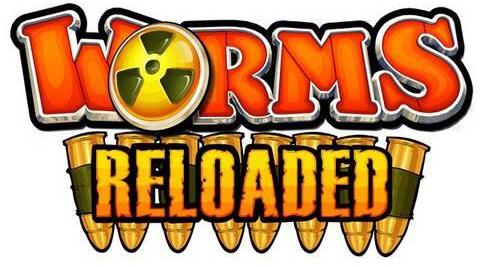